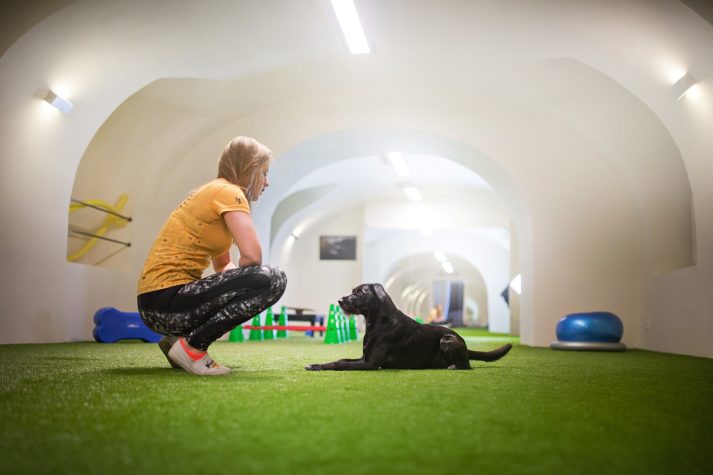 When can we say about a behavior that it is performed with fluency. What is fluency? How do we know we have it, when we see it? 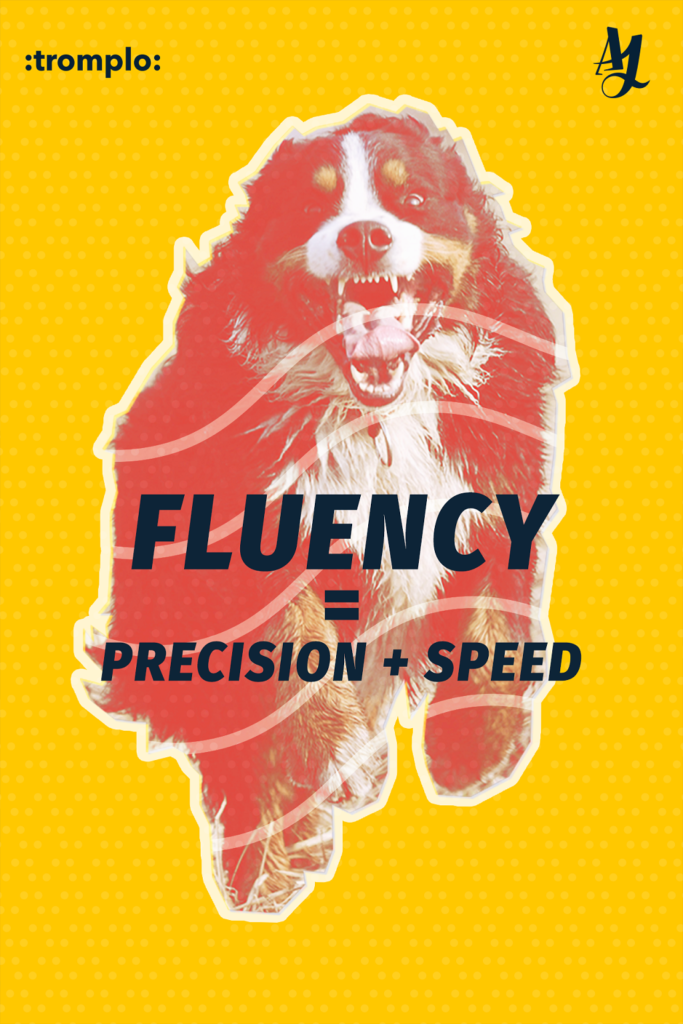 PRECISION – when behavior is performed according to criteria.

SPEED – when behavior is performed without unnecessary breaks, at the speed required by criteria. Time from start to finish of the movement.
Those two together create FLUENCY. Why? Because usually when we perform something really fast, we make more errors, we decrease the accuracy of the behavior.

Currently I am working on position changes for obedience trial. Lets look at Gapcio’s down from sit as an example of fluency:

And now lets look at sit from stand and down as an example of not yet fluent behavior:

I don’t have both, precision and speed, so I don’t have fluency. I work separately on these two. I don’t blend them in one session yet. For now I blend speed to easier variation of behavior, usually with additional help, to avoid loss of precision. And when I work on precision separately I don’t put a speed as my criteria, not yet.

If I had expected both now, I would deteriorate Gapcio’s performance a lot! My priority is always precision first, then speed. Then both. You can’t get speed into the topography of behavior if you don’t have precision. And precision is always part of the behavior. No matter what sloppy the criteria is, there is always a certain amount of precision required.

This is actually exactly of what Fitts’s Law is about. Speed/Precision/Distance trad off
“In 1954, psychologist Paul Fitts, examining the human motor system, showed that the time required to move to a target depends on the distance to it, yet relates inversely to its size. By his law, fast movements and small targets result in greater error rates, due to the speed-accuracy trade-off. Although multiple variants of Fitts’ law exist, all encompass this idea. Fitts’ law is widely applied in user experience (UX) and user interface (UI) design. For example, this law influenced the convention of making interactive buttons large (especially on finger-operated mobile devices)—smaller buttons are more difficult (and time-consuming) to click. Likewise, the distance between a user’s task/attention area and the task-related button should be kept as short as possible.” Fitts’s Law

BTW IS IT NOT FASCINATING! I love that if we dig deeper into science of what we do, we can actually find answers to everything that surrounds us and what we do! So CHOOSE SCIENCE!

That’s why working on precise tiny movement before you go into large, complicated motor patterns in high speed, will benefit the learning process. If we start teaching sit from stand for just by working on tiny correct movement of the small number of muscles, organism will quickly adjust to this new pattern, and it will become easier to perform for the dog. Then we can increase the criteria, and add another movement, and finally we will be able to get full position change. This will be done gradually so that every small muscle in your dog’s body knows what is required to be done. We want extreme control of the body parts, before we can add speed. We want the muscles movement to be performed without additional effort, almost automatically.

But finally when we will be able to add speed we won’t do that out of blue. We will do it gradually. First into those small movements, and when they become fluent, we can go into more complex and challenging ones. Although we need to remember that the more complex movement performed in high speed, the more chances are for error, and that we need to spend more time on building foundation blocks first. Distance control, position changes are a great example of fluency issues and Fitts’s law. Especially if there is a sequence of those positions performed in trial, you can see how often 3rd or 4th repetition decreases in either speed or precision.