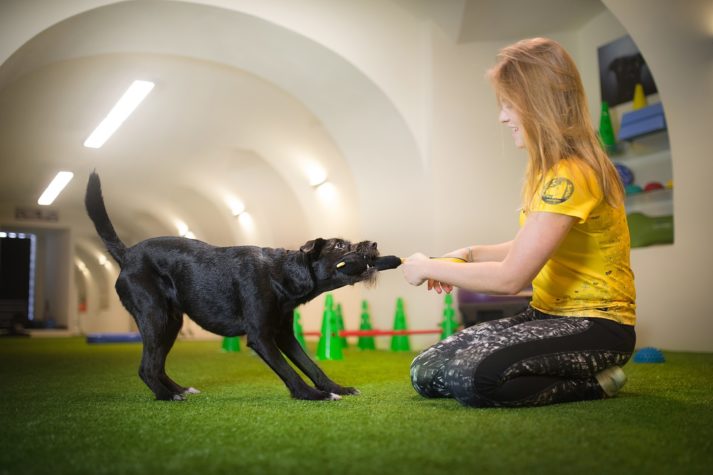 Frustration is a function of extinction

To talk about frustration we need to define it first. Trying to explain it through emotions is not my branch, and it doesn’t really helps us a lot. Especially now, when there are many researches on emotions, and new constructs of what emotions really are, are being formed. Frustration can be describe using behavior. Behavior, that an animal presents while the reinforcement for a previously reinforced behavior is withhold, is observable and measurable.

Extinction – or more correctly operant extinction. Is the process by which a previously reinforced behavior is weakened by withholding reinforcement.

Each of the learner should be evaluated individually, the same behavior he presents. Imagine there is jar with your dog’s name on it. Inside that jar, you will find your dog’s frustration. Now describe what you see, what behaviors are inside.

What behaviors usually are called frustration?

If you can observe those (or some others) frustration behaviors it means extinction is taking place. It means that something that brought your dog reinforcement, stopped working, stopped serving its function. Surely you are able to picture yourself in such situation. You are in a hurry to work, about to leave the house, and you can’t find the door keys. Usually there are placed in the same spot, near the door. Not this time. You start searching, checking your bags, pockets, every possible place, you keep doing everything that has brought you reinforcement (keys) in similar situation, in the past. Slowly you feel increased heart rate, your movements start to be random, chaotic. You call your roommates, but they have no clue where are your keys. You may start yelling at them, or maybe even curse. You may start to throw objects, jerk the doorknob, tell yourself “why it happened today!”. Well, that’s frustration. This is how your dog feels when you have a poor session of shaping (other techniques, strategies may also use extinction and cause frustration, but most often we can observe that in poor shaping ).

Now imagine this is a training session. You and your dog are in the middle of conversation. You both interact, you are engaged in the session. Suddenly you have a call or someone says something to you, and you leave your dog in the middle of the conversation. Your dog may try unwanted behaviors, like the driver in the video – jumping, barking etc. All things that have worked previously.
If at that point you go back to your dog, you have just reinforced all those behaviors. But if you keep ignoring your dog for a longer time, he may stop responding, stop trying to get you back. He may quit. If this is going to happen often, you will teach him that training session is unpredictable and reinforcement can be withhold, so there is no need to try to get it. Because it doesn’t work. This often leads to calling dogs labels like „quitter”, „easily bored”, „unfocused”, „easily distracted” when in fact you have successfully extinguished his other behaviors.

Next time you have a phone call or have to load your treat bag make sure you let your dog know what you are going to do. Do a break, toss some treats, but never ignore your dog. 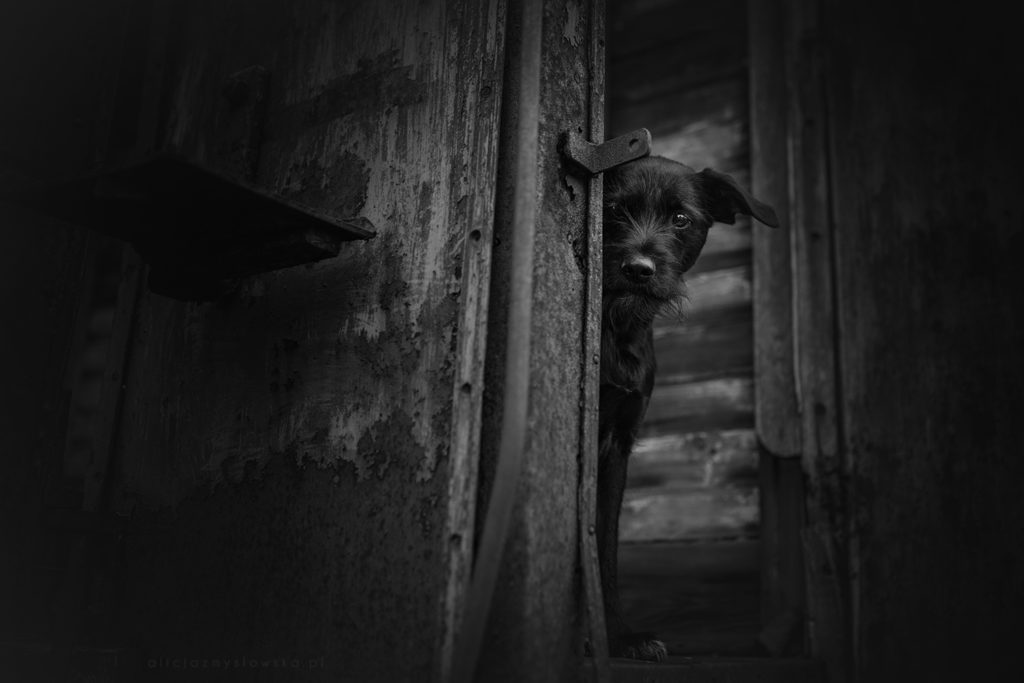 Would you like the learning process to take place in this way?

Probably not. Therefore, we must be very consciously approach the planning of micro slicing the behavior we want to teach our dog.  Otherwise, we provide our dog with a very unpleasant experience. Something that has so far brought reinforcement STOPPED WORKING. When we say reinforcement, in this case we mean either positive or negative. Positive as in the case of our lost keys (no access to this reinforcement) or negative when we do not have the ability to escape from the aversive stimuli.  Frustration is extremely common when we are unskillfully shaping behaviors. When on the way to our final behavior, we have strengthened a lot of other completely unnecessary behaviors and now we want to get rid of them … oh that’s going to hurt! This is a very painful process for the dog. Planned progression of successful approximations should be done thoughtfully. Otherwise you will over-face your learner with a massive amount of extinction and thus frustration.

When your dog „experiments ” and „offers 10 different behaviors” or versions of the behavior, you are dealing with frustration, and thus what we have already established with operant extinction. This leads to resurgence which is the reappearance of a previously extinguished behavior, during the extinction of a more recently reinforced behavior. It can also take the form of regression in the topography of behavior.

What does it mean? When, for example, you teach a dog to place four paws on an object, and so far you have reinforced every interaction (which IS NOT an example of good training) with the object. Now you withhold the click, because „you want the dog to try harder” and get rid of all the junk behavior, what happens then?
Your dog tries all the behaviors that previously worked, all the behaviors that brought reinforcement. This is resurgence! It can also take the form of changes in the topography – instead of holding onto the object longer, he does it faster and faster and less accurately. Those are earlier versions of behavior that were once strengthened in this situation. The dog goes back in the topography of the behavior or try other behaviors. Just as you did, when searching for the door’s keys. Recalling the history of reinforcements in this situation and similar situations, looking for behaviors that brought reinforcement. When this does not work, other behaviors appear – barking, running, scratching, or just the opposite: stillness and looking into the sky. We do not want to build a behavior in this state. We want to return from the extinction process to the reinforcement process, without attaching behaviors that resurged during extinction. Why? First of all, we have to think about what behavior is being extinguished? Because very often, it turns out that it’s not the behavior we want to get rid of. We also don’t want  to teach the dog on the top of errors.

Each of us uses extinction while working with dogs, but we should do it consciously and to the necessary extent. It shouldn’t be a regular process we use to teach behaviors. This is just bad training.