Mirror mirror on the wall what is most important of them all: Function or topography?
Before we go deeper into main topic of this article, I would like to address few theoretical matters, that are going to be necessary to understand the difference between process v. outcome.

– behavior – “is that portion of an organism’s interaction with its environment[1] that involves movement of some part of the organism.”[2]

Making it easier we can say  that the behavior is everything an organism does.

Critical  attributes of the behavior:

In behavior analysis we also talk about responses. A response is a specific instance of a behavior (don’t mix it up with response as a reaction). For example paw targeting the platform is a behavior, but each time dog puts a paw on the platform, during the training session is one response.

Opening a window is a behavior but there are many individual responses included:
– taking a step towards the window,
– reaching to grab a handle
– grabbing a handle
– twisting the handle
– etc.

We can categorize various responses by:

A group of responses with different topography can serve the same function. And this is the clue to understand the difference between process v. outcome. Maybe the better question would be “function or topography?”. Nonetheless, it is very important to ask ourselves as a trainers what is our focus in training.

We can make a small digression here. Process v. Outcome can also focus on ethical aspects of working with animals. This is where we should ask ourselves is a training protocol that is efficient, serves its function, enough to be accepted. I would say that in majority of examples, the way we carry on the process is far more important than the final result. But this is not the main focus on this article. I want to rather discuss not the ethical aspects of various protocols, but the difference between topography and function of the response.

Different topography: at first I would like to point out pretty obvious examples:

Here the function is the same, the result is the same. Dog ends up in the heel position on the left side of the handler. But the way he does it, is very different. First examples shows pivoting to the heel position, the other one is circling the handler and coming to position from behind. But if you have looked at this picture below; could you tell how it was done? 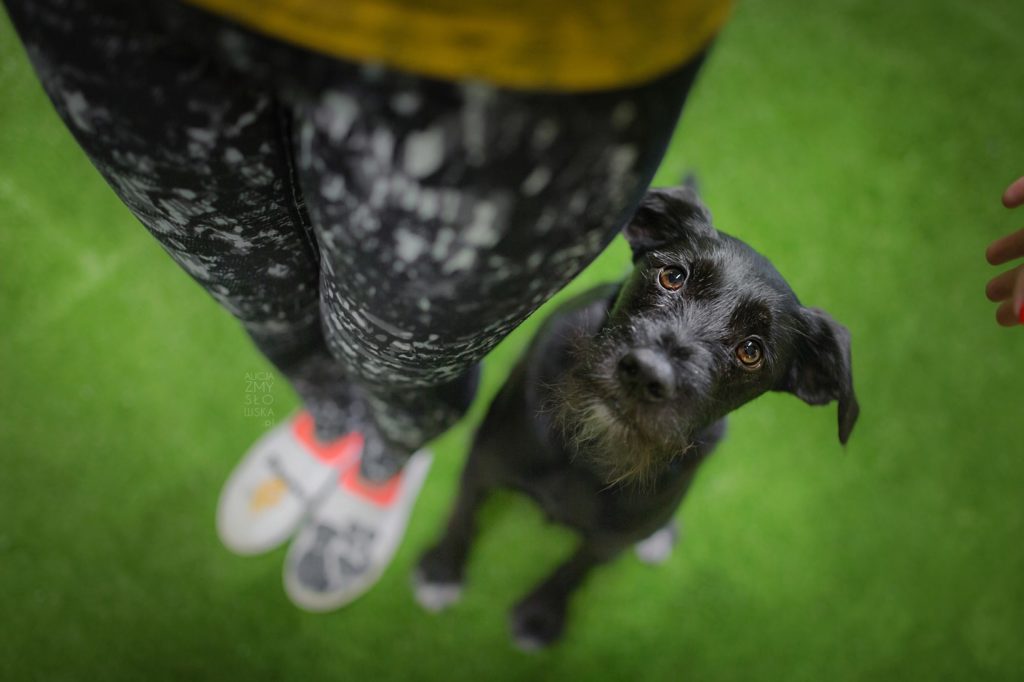 Same here, tuck sit means dog has front paws planted and only moves his hindlimbs. Rock back sit is the opposite. Dog moves front and keeps the rear anchored.

Again if you see this picture, can you tell the process behind it? 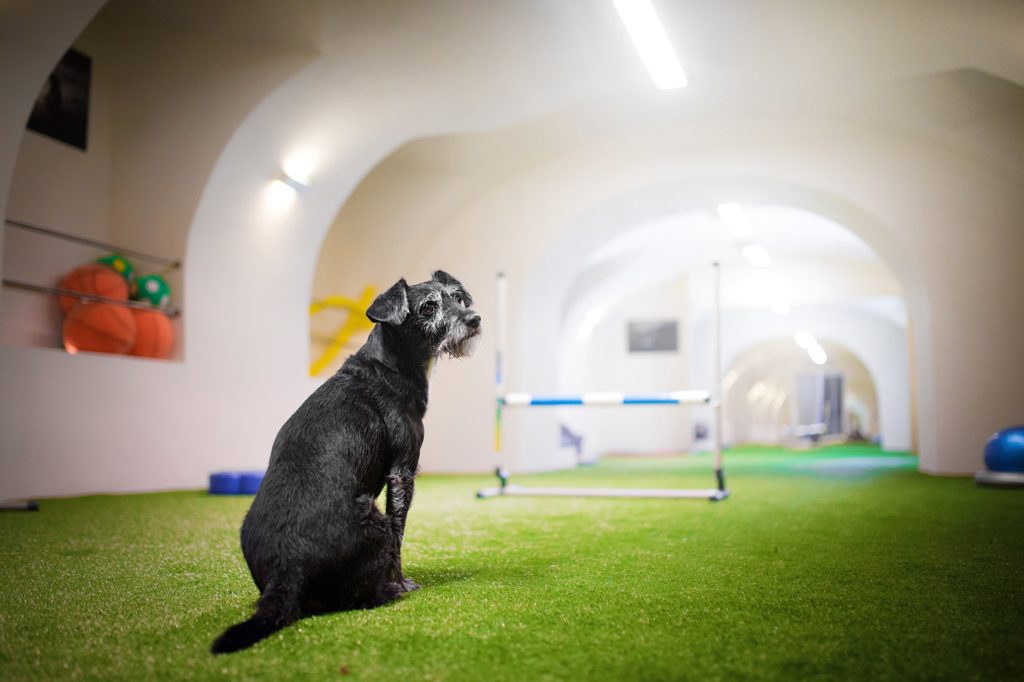 But now, take a look at a less vivid examples of the same behaviors:

How much tiny changes in topography really matter?

If you trial in obedience, I don’t need to explain this to you ?. In this sport a particular topography is very often far more important than the final result. A dog doing a down from stand but moving all paws,  and crawling to the handler will score much less points.

But obedience is not the only example. In shaping procedure, handlers often get confused, get stuck in one point, because they focus on result. They focus on the final product rather than the process. How do you want the behavior to be performed, what movements do you want, what force should be used, what magnitude, what intensity? It is very helpful to define those points before we go and teach the behavior. We need to remember, behavior is not constant. It fluctuates around certain topography. If we are not focused on maintain criteria it will change quickly, it will not stay the same, because environment, the stimuli presented are not always constant. They influence the behavior. Rarely in natural environment we can access reinforcement only by one, certain type of a topography. Can you imagine how a lion would hunt if it could have only be done, by certain always exact pattern of muscle movement? It would be hard to maintain the survival of the specie that way. 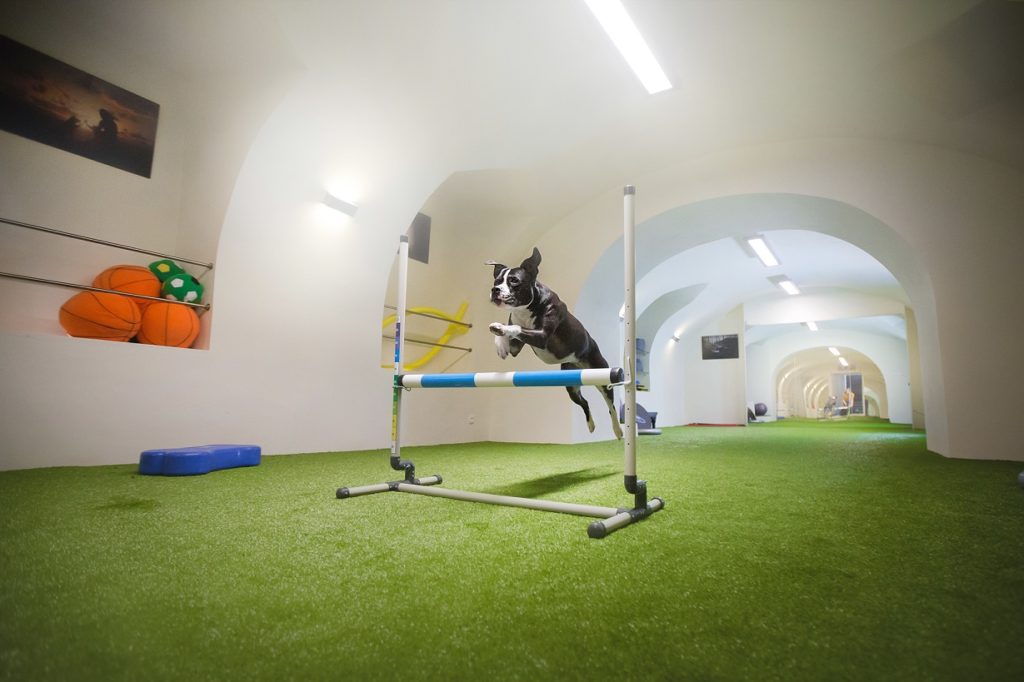 We want to teach certain behaviors so that our dog could achieve the result, the behavior function is crucial for us. A great example is odor searching in the nosework. We are not interested in the topography of behavior, because each search is different, each search often requires different skills from the dog. We do not teach the dog a specific topography of the search, we focus on the function – finding hide. And here during alert behavior we already expect a specific topography, we are interested in a specific precise response to the odor cue.

Another example is walking. Again, we focus on the function, we are more interested in the dog walking freely, we do not pay attention to the walk, the head position, etc. The case looks different when we work on heeling in obedience (where we are very strict about topography) or leash walking (where we have certain elements of topography as criteria but not so strict as in obedience heeling). 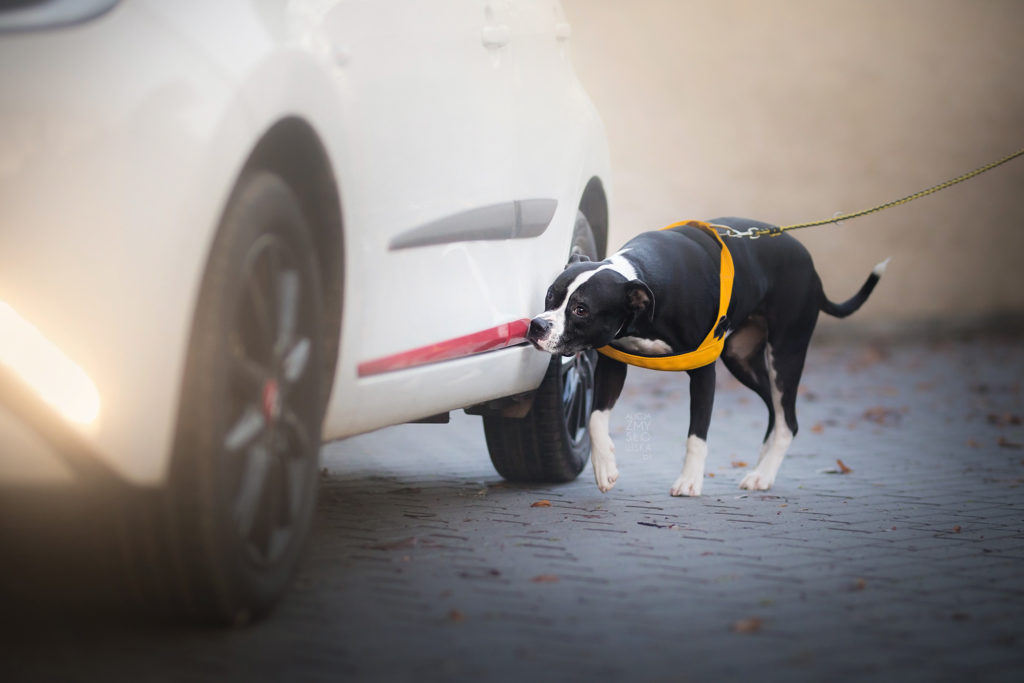 Can we be tempted to say that topography is required in sports work and every day we focus more on the function of behavior?To some extent, yes. That is, in the case of dog sports, very often the defined topography is an elementary part of the criteria for a given behavior, which is why its implementation is imposed in advance. However, in everyday life we will find a lot of examples of behaviors in which we care about as much as on the function of and the topography.

– greeting guests. We want the dog to greet guests who come to the house. Above all this is also his home. However, we want him to do it in a certain way. We usually don’t want jumping, lunging or barking. We need to define the criteria before actually teaching it.

When we see the difference between the function and the topography or more colloquially between the result and the process, it is worth considering what we should pay attention to when learning behavior. What parameters can we juggle to achieve the desired effect. Apart from what we have discussed above (physical nature of the response; exact form, configuration, the force involved, shape, appearance, and the actual movements involved), we may find useful looking into dimensional quantities of behavior.

Fundamental Properties of a behavior

– a characteristic of a phenomena.

– it exists independent of its measures. 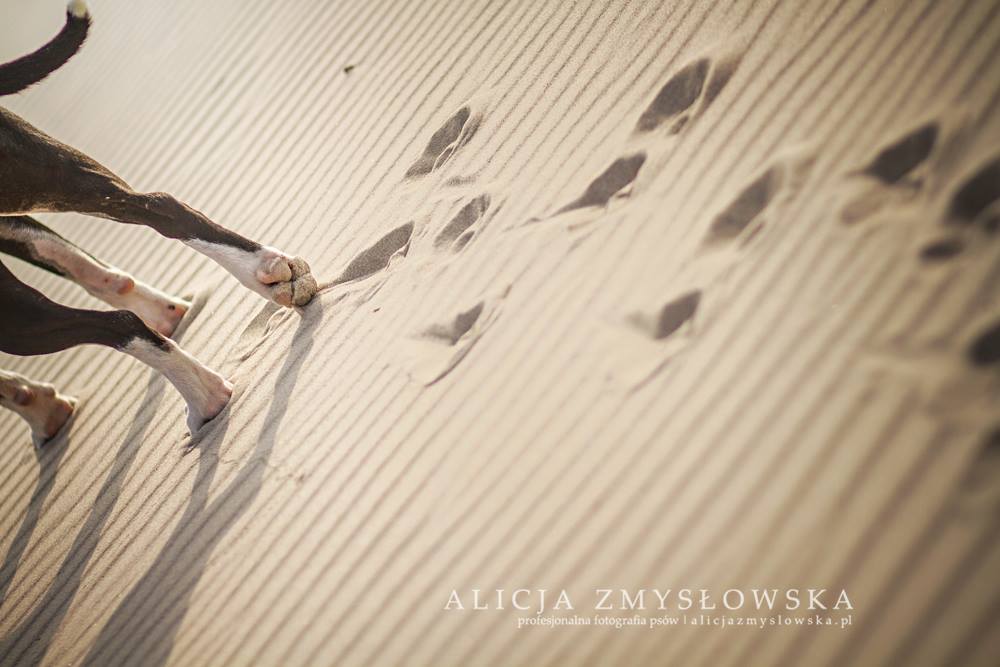 In addition, when we talk about topography we can analyze:

This is one of these parameters, which is often referred to as the „engagement” of a dog in training. However, this is a misleading idea. The strength with which the behavior is performed should be part of the shaping process (we can shape within or across topography). We should know what intensity we expect. An example is the nose target in nosework. We do not want too much intensity, especially with a large dog because it can lead to the destruction of hides.

There are so many lenses through which we can analyze behavior. Often we forget the final product is not our main criteria in the learning process. How the behavior is performed to reach its function, will influence the procedures we choose to teach the behavior. But for that we need to be very careful observant of behavior, this will makes us better trainers.

[1] By the environment we understand also internal environment of an organism. Behavior can be categorized into public and private events. This is one of foundations of radical behaviorism. Skinner said the skin is not the boundary.

[3] Not a dimensional quantity but an important parameter of for defining and verifying the occurrence of responses.